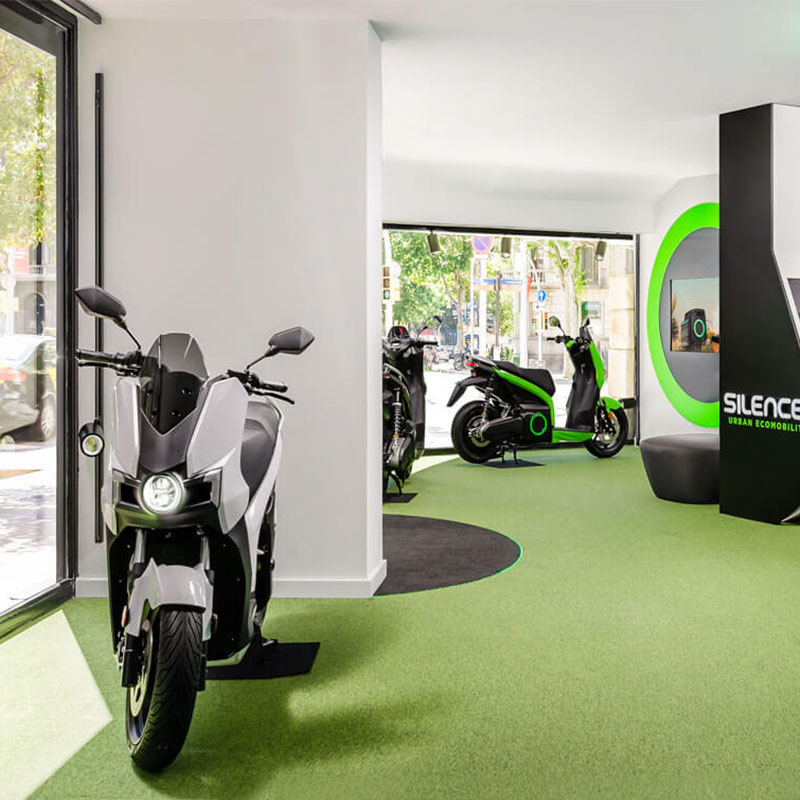 Source: press release Silence | The Spanish manufacturer of electric scooters reopened with caution after being on lockdown for two months as a preventive measure to look after the health of employees, suppliers and customers. The company’s flagship stores were the first to reopen on 11 May to serve customers and provide post-sale service to their users. The production lines in Barcelona (Spain) reopened seven days later, on 18 May, with a strict safety protocol to prevent the risk of COVID -19 contagion.

At present, Silence has 45 additional points of sale in Europe apart from its stores in Spain, and it is present in Italy, France, Germany, the United Kingdom, the Netherlands, Switzerland, Austria, Romania, Greece, Croatia, Czech Republic, Hungary, Portugal, Slovakia, Luxembourg and Turkey. Although Europe is its main market, Silence is gaining ground in other continents with points of sale in countries such as Costa Rica or Israel, among others.

“We’re amid an international expansion process. We hope to multiply the number of contacts with companies interested in our products in the following months to be present in the main European cities. Our plans for 2020 included reaching 180 points of sale outside Spain. Obviously, this figure requires reconsidering due to the current health crisis. However, there is such a huge interest in the brand that we hope to be as close as possible to our initial goal,” states Silence’s Sales Director Àlvar Sanclimens.

Despite the anomalous market situation posed by global exceptional circumstances, Silence reports solid sales. In Europe, it reached a leading position with 38% market share (Source: ACEM) in the electric scooter market last year, being especially strong in Spain where it reached 85.6% in 2019 (Source: Anesdor).

This upward trend continued during the first months of 2020. In February, still unaffected by the health crisis that was soon to come, Silence model S02 became the second best selling model in Spain overall, including all combustion engine models. So far this year, it has retained the second spot sales-wise. In addition, during March and April, with the market distorted by lockdown, Silence S02 was the best selling scooter in Spain, beating all combustion engine models.

Overall, 1,079,524 motorcycles were sold in Europe, from which around 67% were under 500cc (including the popular 125cc scooters). These are highly utilitarian bikes commonly used in daily urban journeys. This is a market segment to be conquered by the electric vehicle. Its target is used to two-wheel vehicles and sees the electric motorcycle as a safe and clean way to avoid the strict antipollution measures that are progressively being implemented in cities across Europe. In addition to the electric motorcycle’s potential market, we should add the moped sector, which represents 303,152 units that may also switch to an electric version.

The situation resulting from the COVID-19 health crisis will open up a new approach in terms of sustainable mobility. Carlos Sotelo, Silence’s CEO and founder, considers that “citizens have noted that with the pandemic, as traffic was almost non-existent, pollution practically disappeared. This evidence will fuel a transformation towards zero-emission mobility in Europe and more developed economies. The change in the type of transport will also be a great opportunity for Silence”.

Previous post(s) about Silence at EMN: