EMGo Technology is a relatively new Ukrainian engineering unit (the company has been launched 3 years ago), which is deeply involved in electric transport and green energy. Center was created by the merger of two technical centers – motorcycle RND center GEON Group and specialised RnD, which are both working on the development of commercial electric vehicles. 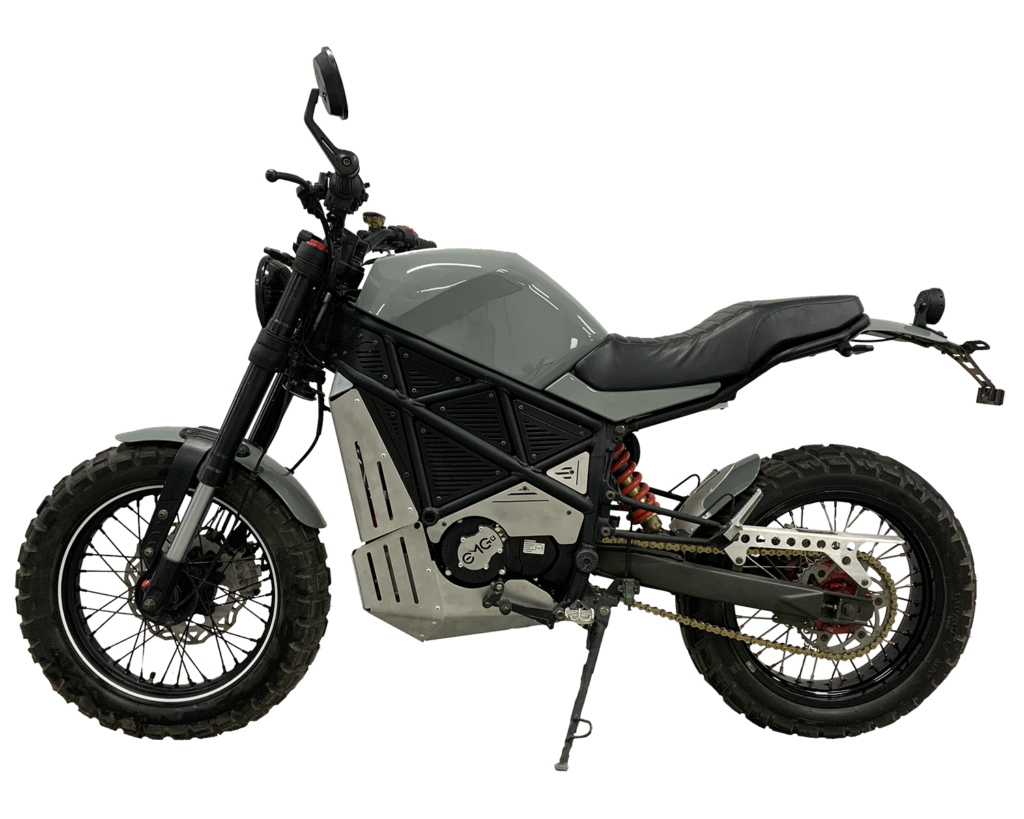 At the moment, the company has already realised several electric transport concepts in small series, which are for sale in the local market of Ukraine. We are talking about a fast and spacious electric scooter “RAZZO” and an electric scooter-SUV “FLYWHEEL”. EMGo has also developed a product line of energy storage devices, including “smart batteries”. Now the company is preparing to launch a number of ready-made solutions for the local market – from portable 1 kW “power banks” to high-performance batteries with on-board three-phase inverters. 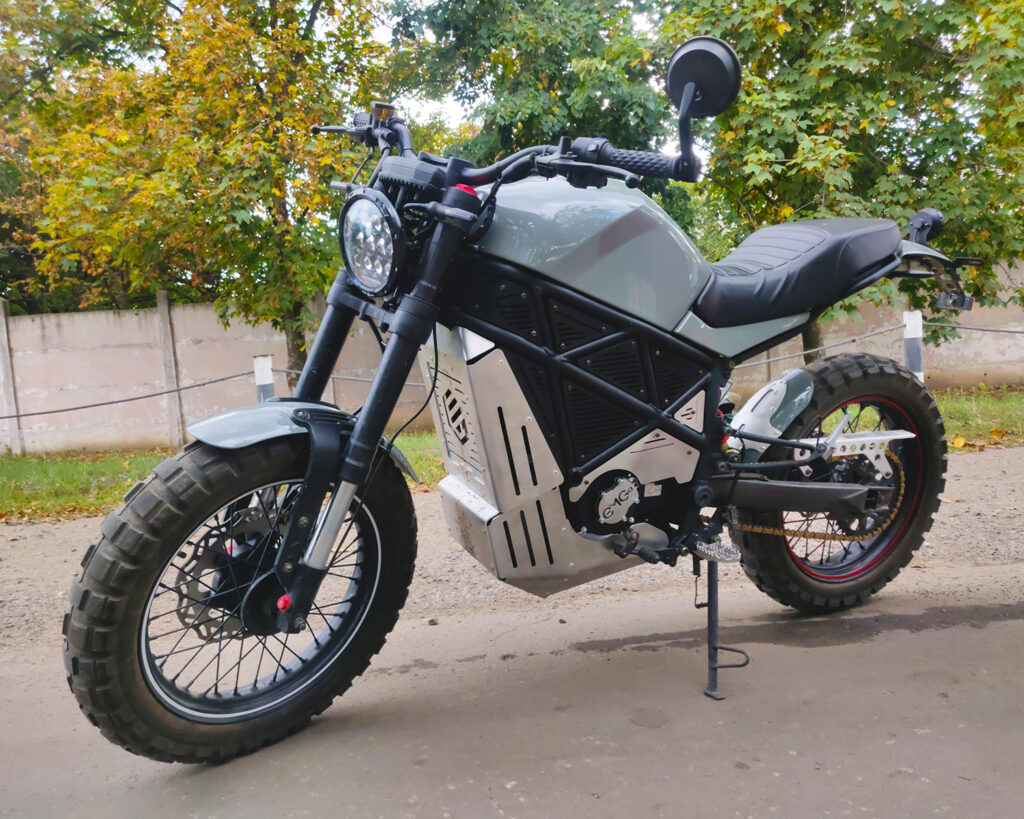 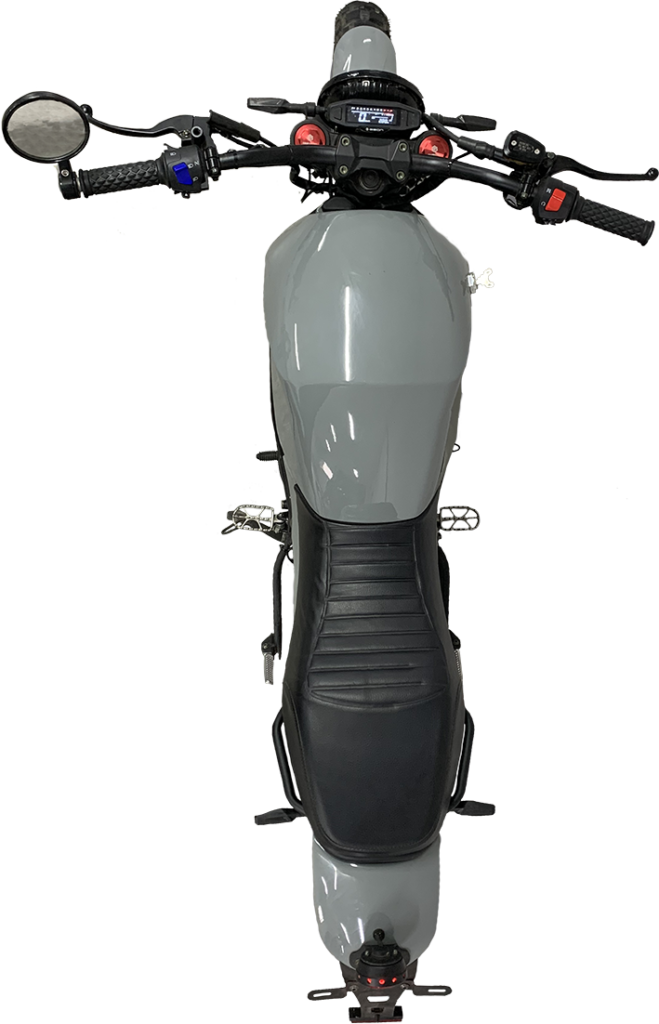 In this latest version, which went into production, the developers used their own cooled battery element system and made many additions to the overall concept. The cooling system is a patented EMGo design. It allows 10 kW batteries to run for 35 minutes without degradation and damage to the elements at a long peak of 24 kW. In future models, the developers plan to use these battery properties for a special turbo mode of 24 kW, while the motorcycle will deliver a maximum speed up to 170 km/h. The current parameters of the serial ScrAmper are 130 km/h maximum speed, up to 160 km mileage in an urban environment and up to 110 km mileage at maximum speed parameters. 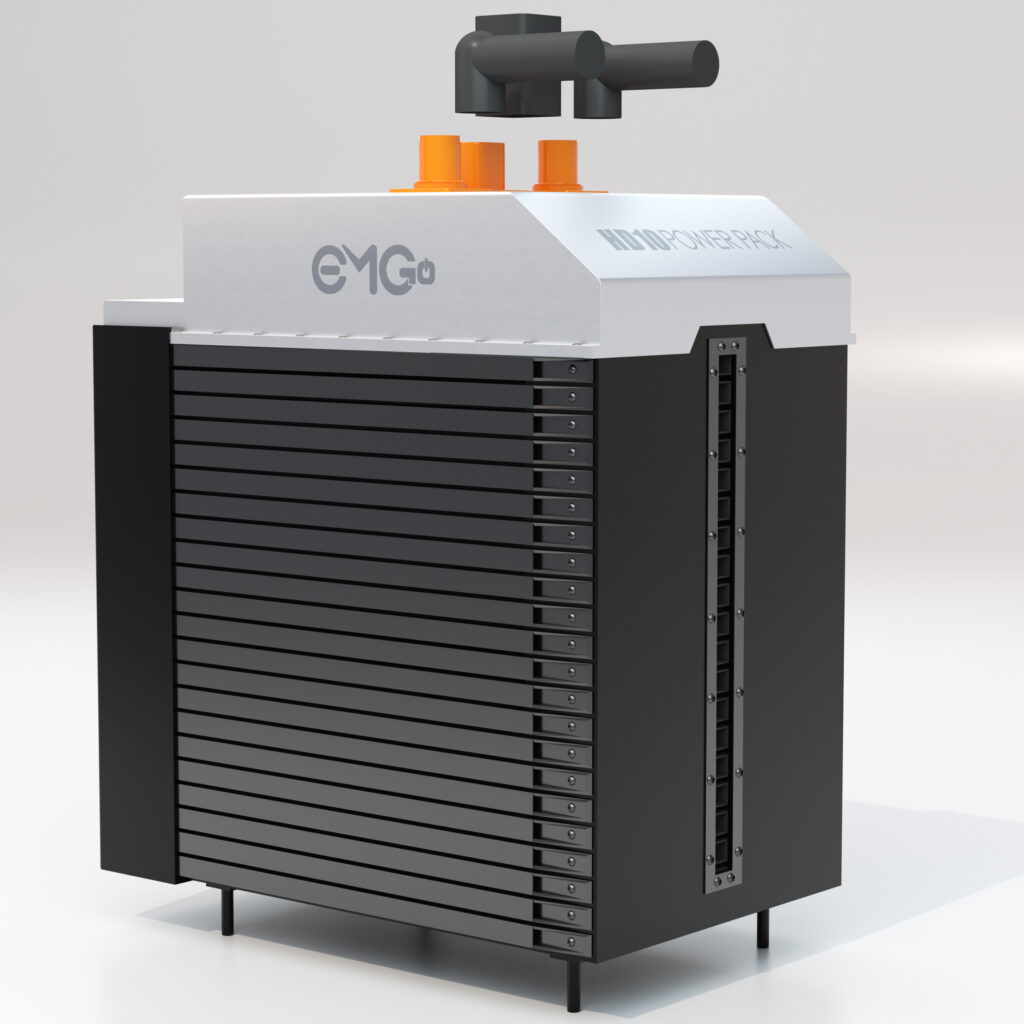 ScrAmper is equipped with a powerful on-board charger that allows it to be charged at stations for electric cars and from the household network (45 minutes from 0% to 80%, 1.5 hours from 0 to 100%). 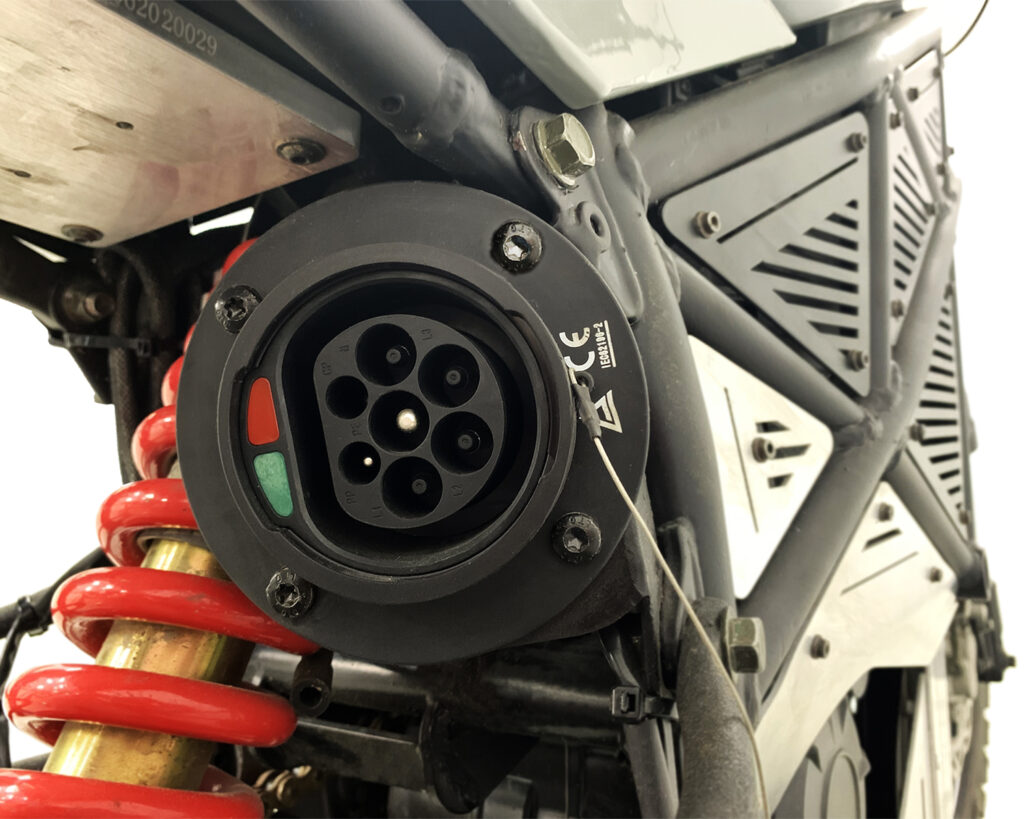 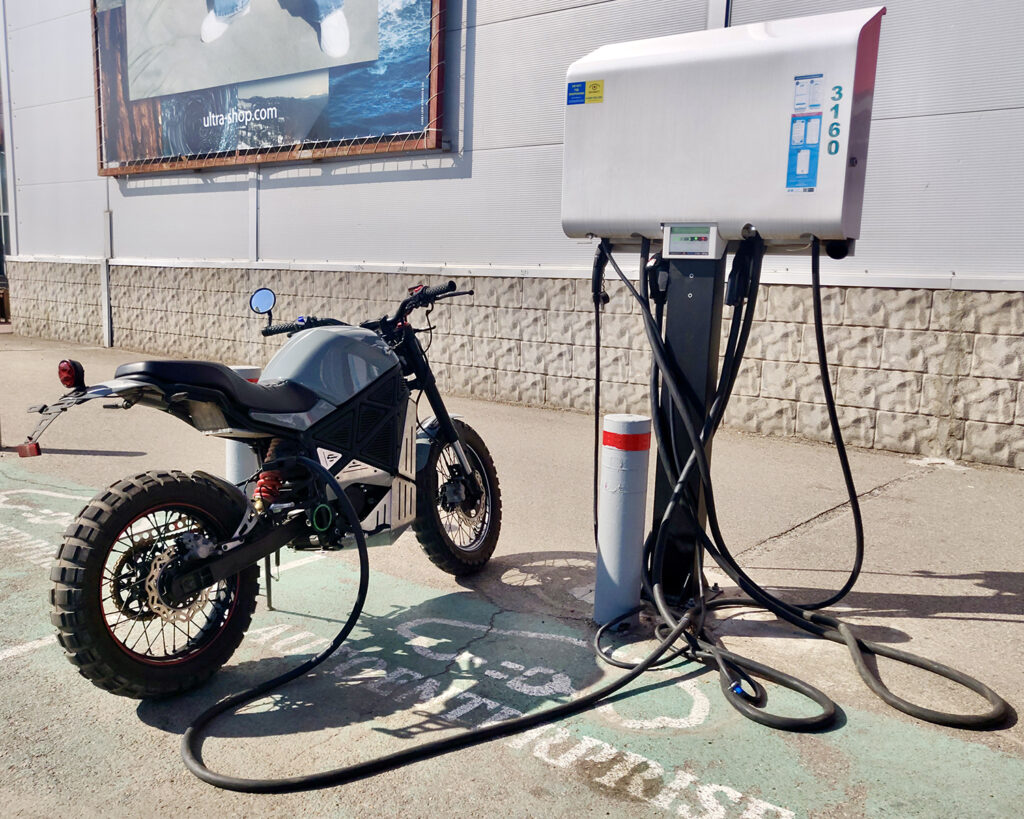 “We were one of the first to install support for car chargers on an electric motorcycle. A powerful on-board charger is integrated into the motorcycle itself, which allows you to charge the battery via a car charging system (CCS Type 2) or a regular 220V network (charging cable included) “- emphasises one of the company’s technical managers. 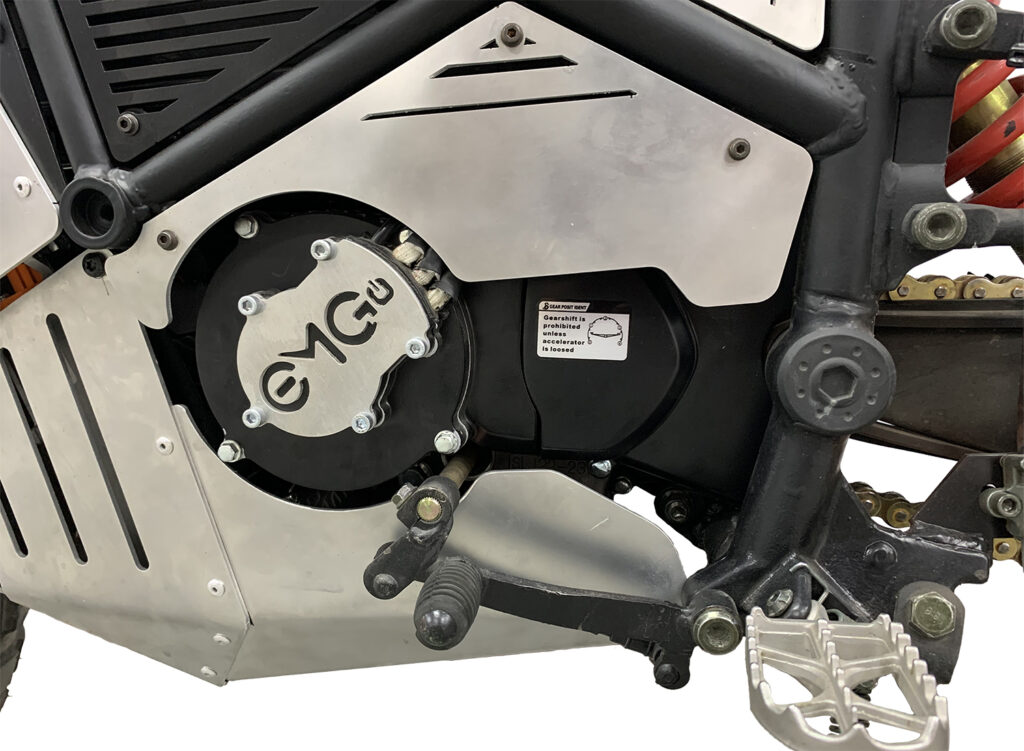 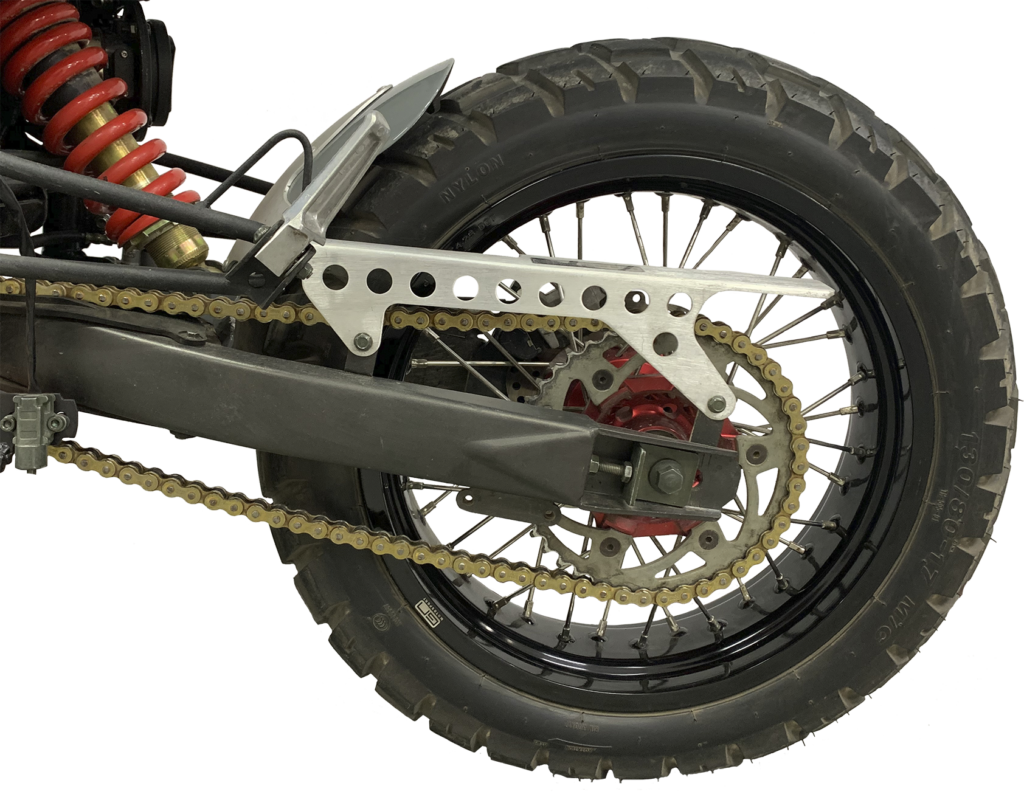 The developers plan to double the charger in future iterations of the motorcycle and reduce the full charge time from 0% to 100% to 45 minutes. In the future, changes are planned in the engine, a transition from a gearbox to a direct transmission (central motor), with an increase in power up to 26 kW, speed to 170 km/h, cruising range in this maximum mode up to 70 km. These updates will be implemented in the next ScrAmper PRO model.

The planned mass production launch date is December 2021, from which point the company plans to accept pre-orders. The first serial ScrAmper is expected to hit the market in 2022. Please follow EMGo Technology at Instagram for the latest developments. For questions you can contact the sales team.